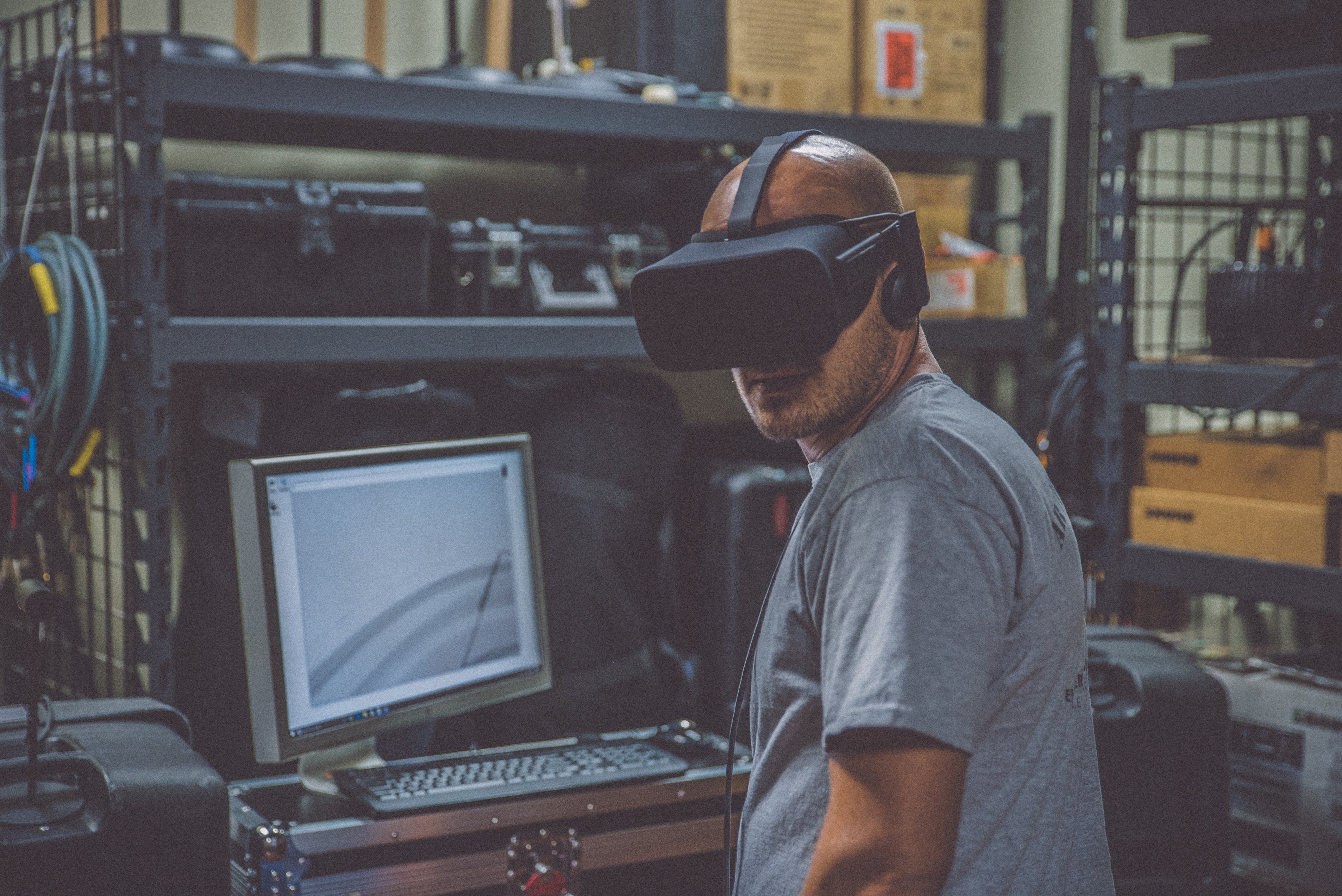 There has been a significant rise in interest and participation in the concept of banking in the virtual space known as the Metaverse. Some analysts predict the possibility that the Metaverse is going to become the next version of the Internet that everyone uses, or what some call “web3.” Many banks are vying to establish themselves in this virtual world to both serve the early innovators and adopters exploring it today and also set themselves up for success in the future. 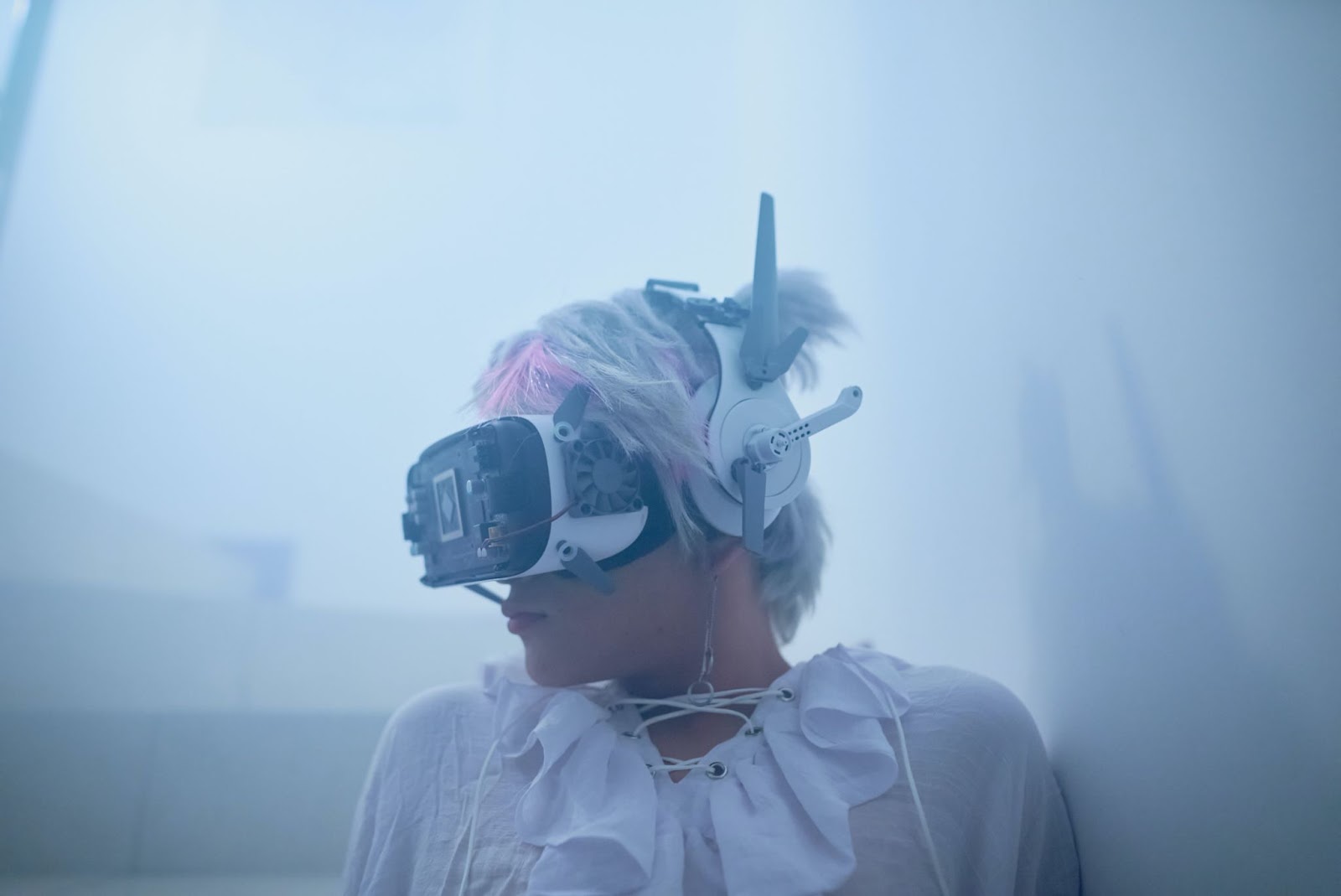 Virtual and Augmented Reality (XR) technology has far-reaching impact and implications, not only in online gaming but also communications, finance, and business in general. Some financial institutions are already preparing for what many analysts predict is the future of the Internet.

The Draw of the Metaverse

The Metaverse is one of the most revolutionary and ever-evolving technologies, and its rapid development is unlike anything we've seen before. While augmented and virtual reality (XR) have been around for a while, recent innovations and increased interest has caused an uptick in valuation. Some analysts predict the total addressable market for the Metaverse could be worth $8-$13 trillion by 2030, with 5 billion users1.

Since the beginning of the COVID-19 pandemic, online virtual gaming has become increasingly popular, with many individuals playing during early lockdowns. There has been a 32% increase in the number of players aged 55-64 in the past two years2. Global sales for the industry hit a record $154 billion in 2021, up 21.9 percent from the previous year, and analysts predict it will rise to USD 314.4 billion by 20263. Online virtual gaming and Metaverse technology are not necessarily one and the same, with Metaverse having much farther-reaching potential impact. It is unclear how quickly the Metaverse will grow beyond the realm of video games, but we do know that this new technological frontier is quickly arriving and is estimated to be worth trillions in under a decade. 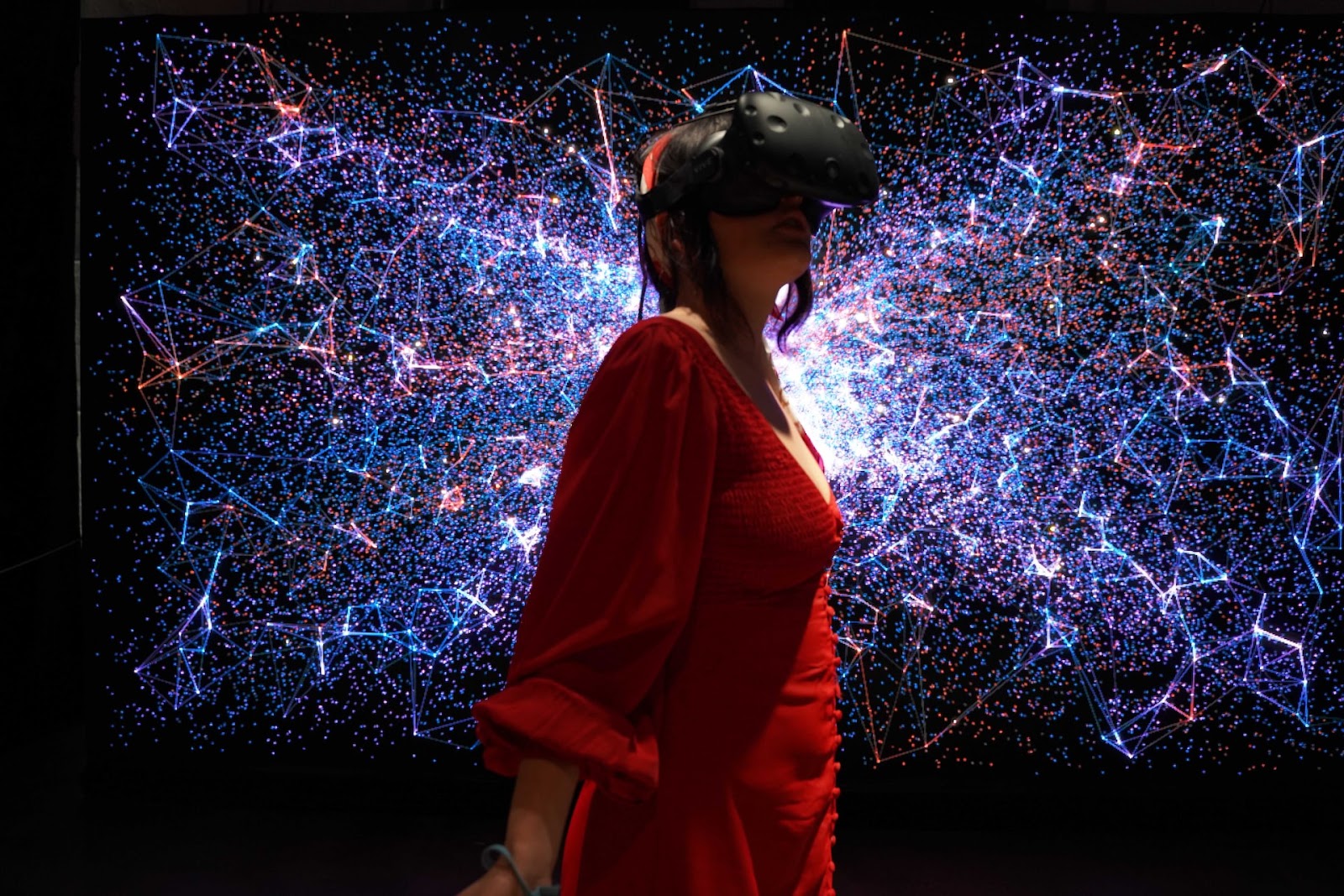 XR technology has been rapidly improving over the past decade.

Banks will surely be taking advantage of this opportunity, and many have already started. In a world where bank revenues are always at risk of being lost, the fear of missing out on enormous profits is greater than ever.

Many financial institutions are beginning to compete for dominance in metaverse worlds like Sandbox and Decentraland. Some forward-thinking banks, credit unions, and fintechs are all competing by establishing their own VR cafes and offerings to be first-movers in the new economy, and exploring other innovations to take home the virtual trophy.

Of course, the financial sector has been significantly altered by the first wave of the digital revolution. People's relationships with banks have steadily evolved recently as a result of the widespread adoption of online banking, mobile banking, and social media. Online banking didn't become popular until after this time frame had passed (15–20 years). Mobile banking didn't become popular until another 5–6 years after that. We've grown accustomed to the security of online banking, so financial institutions are now prepared to take us to the next level: the Metaverse.

Given that 47% of bankers anticipate that at least 20% of consumers will use XR to conduct financial transactions by 20304, it's not surprising to see pioneers in the field exploring uncharted waters. It's not hard to imagine people being able to walk into a bank without ever leaving their homes as customers become more at ease with modern technology and the ways in which they can be a part of a transaction experience without ever physically stepping into a building. These new innovations in human interaction could allow us to do things not even thought to be possible just a few years ago.

The Metaverse is a fascinating and limitless realm, ripe with potential and utility. In 2016, Citigroup began testing Microsoft's HoloLens holographic headset, creating a virtual workstation that allows traders to see data as 3D images. Traders could use voice and hand gestures to narrow in on specific market niches5. 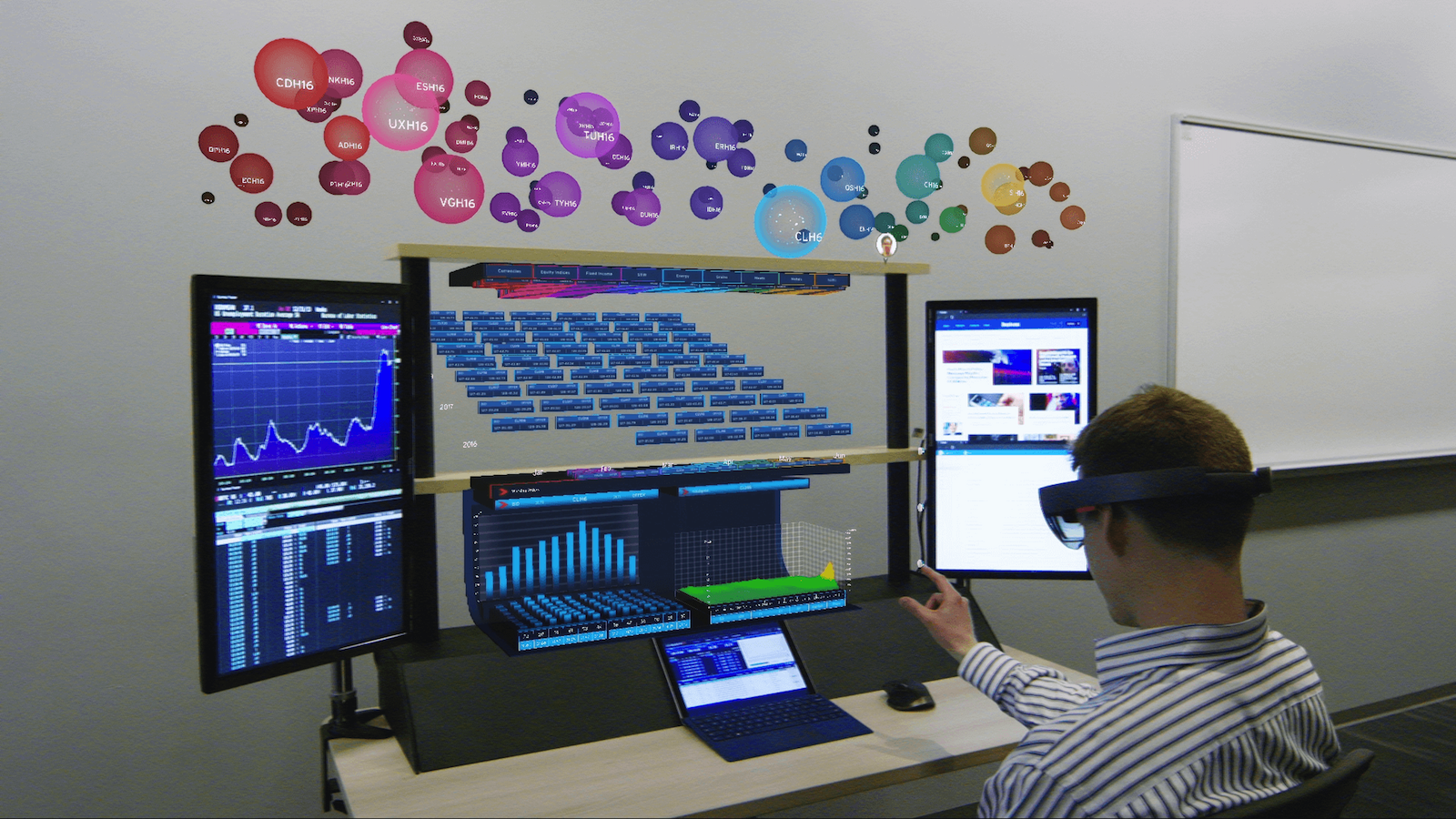 And we see tremendous opportunities to improve the working environment as a whole. A bank's employees are its greatest asset in bolstering the company's reputation and generating engaging interactions with customers. To help their branch staff learn to read their customers' emotions and respond appropriately, companies like Bank of America are implementing virtual reality (VR) training for 50,000 employees in 4,300 locations6.

Some institutions already exploring the Metaverse

In February 2022, JP Morgan became one of the first banks to open in the metaverse by opening a lounge in Decentraland7. Users may create personalized avatars, establish virtual spaces, and explore the virtual lounge, dubbed Onyx after the company’s blockchain initiative.

Interestingly, JPMorgan Chase CEO Jamie Dimon has repeatedly been cited criticizing top cryptocurrency Bitcoin, as recently as September 2022 when he dubbed it a “ponzi scheme” – the distinction, however, between Bitcoin and Onyx immediately preceded: “You have to separate blockchain, which is real; DeFi, which is real; ledgers; tokens that do something…smart contracts. … I’m not a skeptic [of those].”8 Opinions on what in the world of cryptocurrency, blockchain, and the Metaverse has value differs depending on who you ask. While some believe that crypto may be just a financial instrument while others, like Dimon, believe that the only value is in other applications, many believe that both can easily and seamlessly coexist.

JP Morgan certainly believes in the metaverse. In their writeup, they include that the metaverse “will scale across many industry verticals,” and that businesses should evaluate whether there are new opportunities to expand and provide value early.7 The expense of “being left behind” is high compared to the costs of getting started now.

Quontic Bank opened in Decentraland in May 2022.9 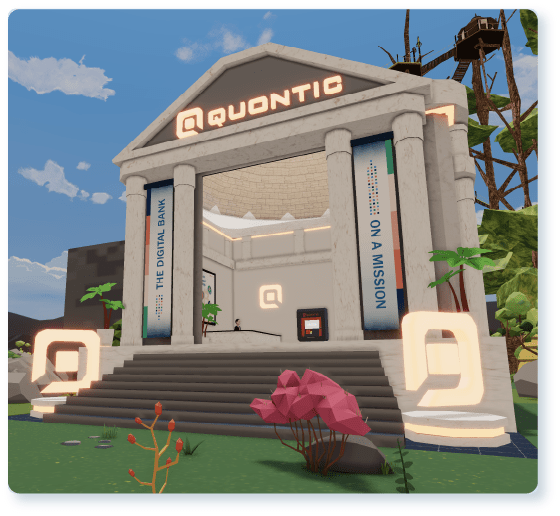 The bank, out of New York, has been very proactive about new innovations in finance and crypto. Steve Schnall, CEO of Quontic Bank, highlighted that the company was among the first to provide Bitcoin incentives on checking accounts, a wearable payment solution, and an outpost in the Metaverse. “Banking traditionally required users to visit a facility and rely on printed documents to handle their money with a teller, but the experience is chilly. This outpost is the first step towards giving our clients the best of both worlds." Certainly a bank that values the first-mover advantage in emerging technologies, Quontic is setting the bar high for financial institutions wishing to enter the new market the Metaverse presents.

Conclusion - Financial Institutions should plan ahead for the Metaverse

Many other financial institutions and fintechs have been working to bring their own cryptocurrency and metaverse solutions to the table, as well. If financial institutions don't adapt to new market conditions, it is likely they will quickly become irrelevant. In order to succeed in the future, banks will need to innovate new methods of establishing credibility and connecting with communities in a variety of online environments including offering crypto assets, connecting to the Metaverse, and more, or they may risk being overlooked.

8 Jamie Dimon Says Crypto Is a “Decentralized Ponzi Scheme.” He Has a Point., Money Crashers, September 2022 The Value of Bitcoin 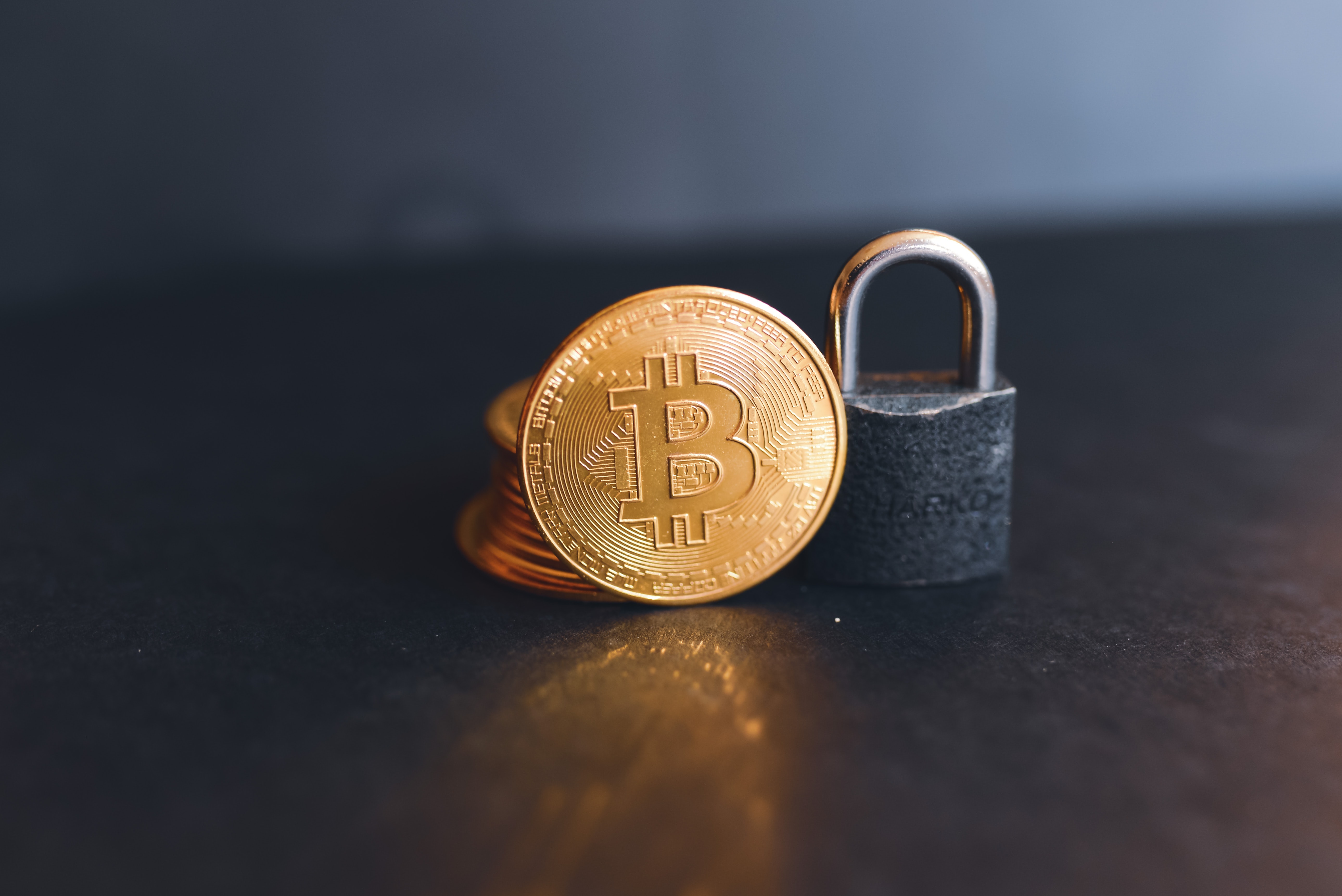